Hidden Gems in our DVD Collection

Last year, there were 786 movies released in the USA and Canada—France and Germany match that number each year. In a normal year, there are thousands of movies released into the world. How do you know which ones you should watch, and how do you know which to avoid? I watch nearly a thousand movies a year, and I don’t have an answer for you. But what I can do is recommend 5 films that the library has that you may have missed, and that are worth your attention. So here are 5 hidden gems you can check out from the library for your viewing pleasure. 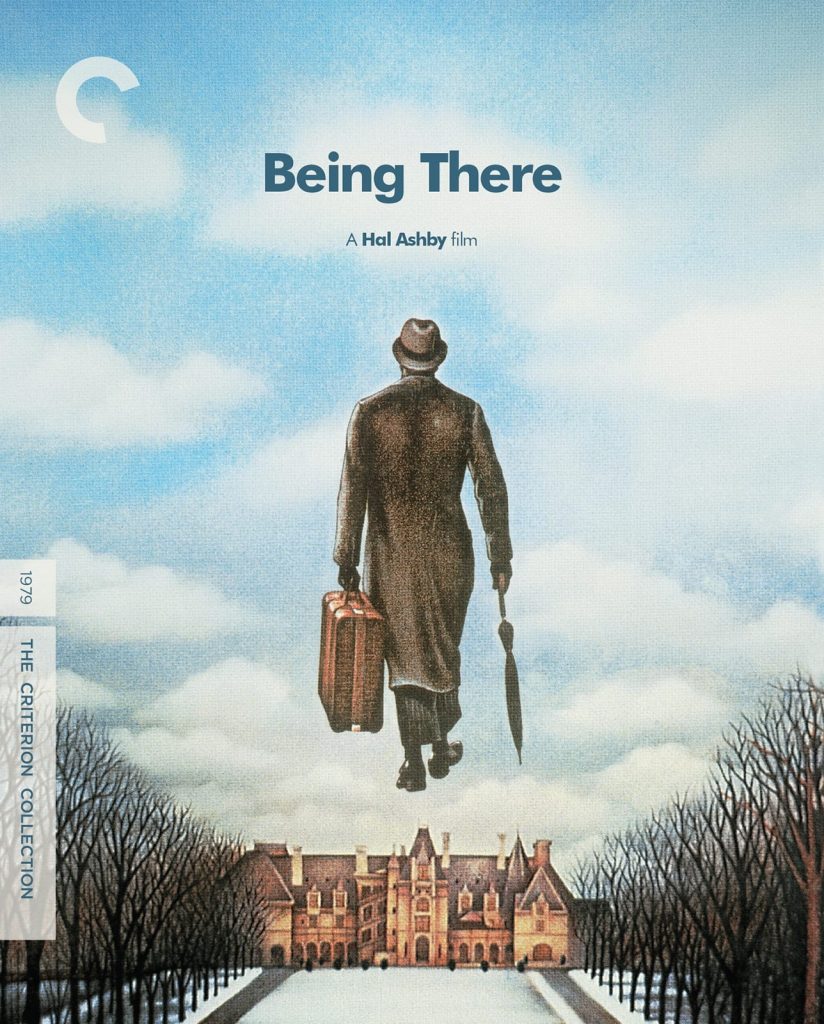 This film was not originally what would be called a hidden gem. It was nominated for multiple Oscars, stars Peter Sellers of Pink Panther fame, and was directed by Hal Ashby, who was known throughout the 70s and nominated for multiple Palme d’Ors at the Cannes film festival. Sadly, Being There is however low on the list of films that are well remembered. Other 1979 films: Apocalypse Now, Manhattan, Life of Brian, Star Trek the Motion Picture, Alien, Hair, The Warriors, and Mad Max are clearly recognizable, but Being There seems to have faded in the past 40 years, and it’s tragic.

The film follows Chauncy Gardner, a simple and illiterate servant of an estate who, mysteriously, has no background to speak of. The master of the house has just passed away and the estate is now up for sale, forcing Chauncy out to wander the real world—a place totally alien to him. Through absurd circumstances, he finds comfort in the home of a wealthy and highly distinguished man, who happens to be friends with the president, whom Chauncy meets and influences with his simplistic yet seemingly profound world views.

This satirical comedy full of perfectly timed performances has aged extremely well. The juxtaposition of the wealthy and destitute, those in power and those not, and the motivations of various classes and intellects is strikingly familiar. The film is somewhat prophetic, and its message rings true today as well as it did in 1979—and I would say rings true to any future or past point in human existence. It’s timeless, pleasant, and impactful—probably more so than any other film the library owns. 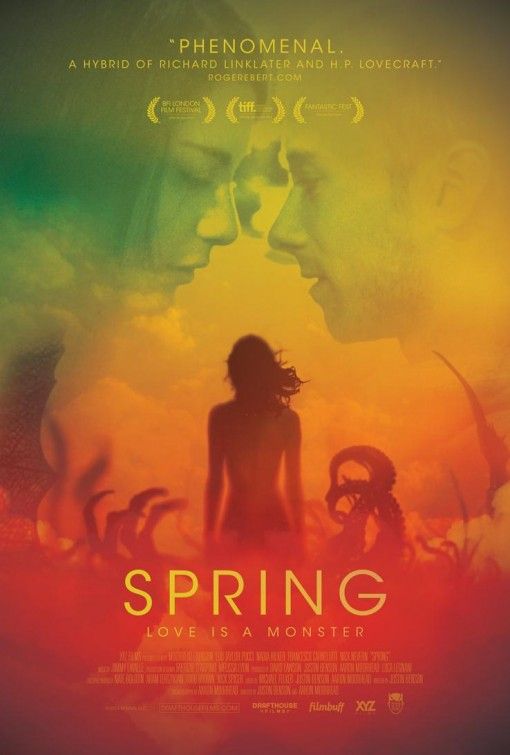 Since it’s October, which means I had to put something with a bit of horror onto this list. Spring isn’t exactly horror—it’s more a true love monster movie. Or perhaps a romance with gore?

Whatever it is, it’s beautiful, full of tenderness, grief, and hope.

The film is set in the Apulia province of Italy, and for the most part takes place in the seaside town of Bari. The scenery is breathtaking and, in a normal year, would make you want to jump on a plane and go directly to Italy. The beauty of this film isn’t just it’s setting though, it’s the acting, the camera work, and the writing as well. It’s a film that will make you think, “oh, this is new,”  which is what Benson and Moorhead, the directors of the film are quickly becoming known for.

Justin Benson and Aaron Moorehead have 4 feature films, all of which are completely original and feel like reality has been skewed by 15%—not enough to remove you from the reality of the story—but just enough to give you that feeling like falling back in a chair, like everything might soon tip over.

Spring tells the story of two people of different backgrounds, full of various human emotions, that connect in a moment and are carried through a film full of twists and dips. It might not be for everyone, because no film ever is. But if you give it a chance, and you find it is your kind of film, I guarantee that Benson and Moorehead will be your new cinematic obsessions. 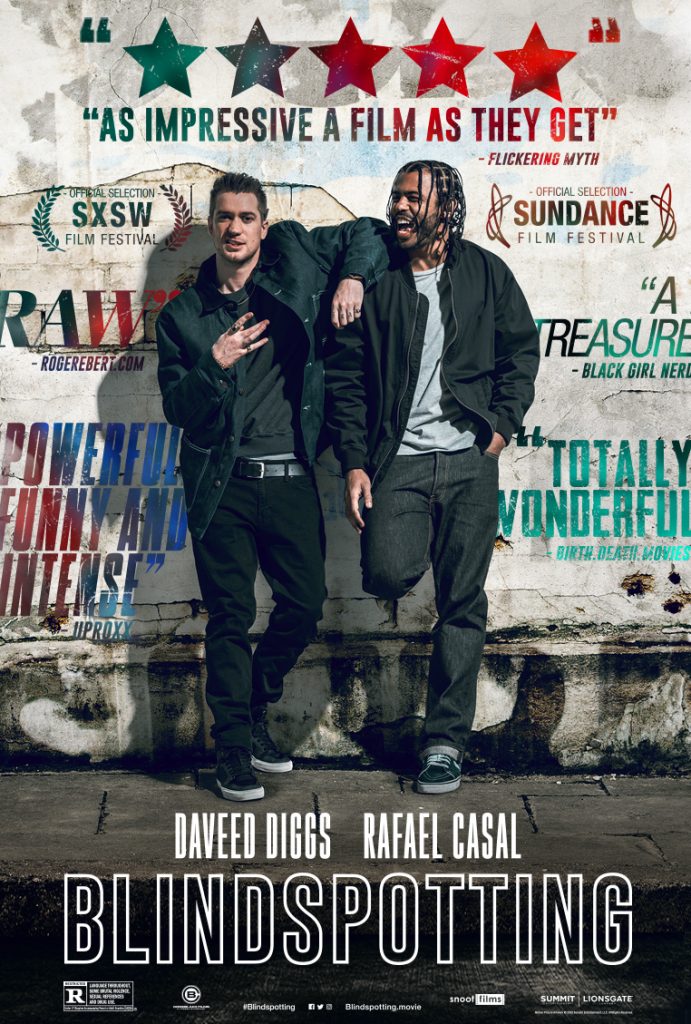 It took nearly 10 years for Daveed Diggs and Rafael Casal to write the script for this film. Diggs is most well known for his Tony award-winning performance in Hamilton, as well as being a Grammy award-winning musician and starring in various roles in film and television, whereas Casal is a little less well known, but an equally successful distinguished poet, musician, and the artistic director of the BARS workshop at the Public Theater in New York. Parallel to their lives, Casal and Diggs star in the film as Collin and Miles, best friends who grew up in Oakland amid rapid gentrification.

The film ranges from comedy to high drama, and is filled with both powerful realism and unforgettable surrealistic imagery. Collin, played by Diggs, is just trying to make it through the final 3 days of his parole without getting dragged back into trouble by Miles, who has a penchant for finding himself in dangerous situations. Early on in the film, Collin witnesses a white cop shoot a fleeing young black man in the back.

The backdrop of this common violence sets the stage for the rest of the film as everyday violence and discrimination take a nightmarish mental toll on Collin. The film plays out exploring the history and soul of Oakland, white privilege, as well as simpler themes such as friendship and belonging, and then eventually ends with a stunning soliloquy that leaves you thinking of this film for weeks after. 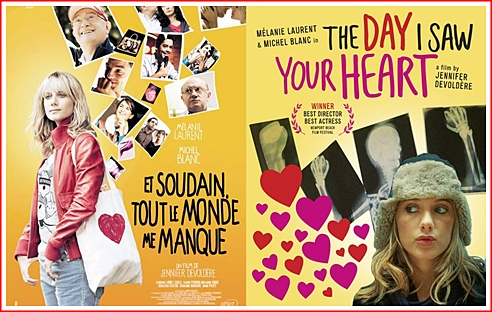 The Day I Saw your Heart

American romantic comedies though are like distant, second removed relatives from French romantic comedies. The structure is the same, you have your meet-cute, then things get tangled and untangled, and your heart is happy as the credits come around. French romantic comedies are more likely to hit you with moments of genuine grief between scenes of comedic love, their characters are more genuine and recognizable as real people. I’m not an expert, but films like Shall We Kiss, Park Benches, The Taste of Others, Love Me if You Dare, and anything by Cédric Klapisch have shown that—no surprise to anyone—French filmmakers are better at romantic comedies than anyone else.

The Day I Saw Your Heart stars Mélanie Laurent—now a well-respected director—known for her appearances in over 40 films including Inglourious Basterds, who carries the lion’s share of the film. Like most romantic comedies, the formula is comfortable, it’s layered with a nice dose of pop hits, has a list of characters starring the attractive quirky young woman and the seemingly unattainable love interest, as well as the concerned best friend, and awkward/despicable parent. This all seems pretty standard, right? Yes, I admit, it sounds a bit standard, but I promise the range of this film will surprise you. It’s also a hidden gem on this list because of its slightly unknown quality, as well as its difficulty to find. The film was released in 2011, and has been out of distribution for quite a while now, so aside from searching down used copies on the internet, the library has you covered.

The original French title of the film, Et Soudain Tout le Monde Me Manque, which translates as And Suddenly, I Missed Everyone, should hint at the range of emotional depth this film reaches. It’s not what you expect, the film seamlessly interweaves multiple emotions—it’s a drama dressed up like a romantic comedy and the result is quite wonderful. 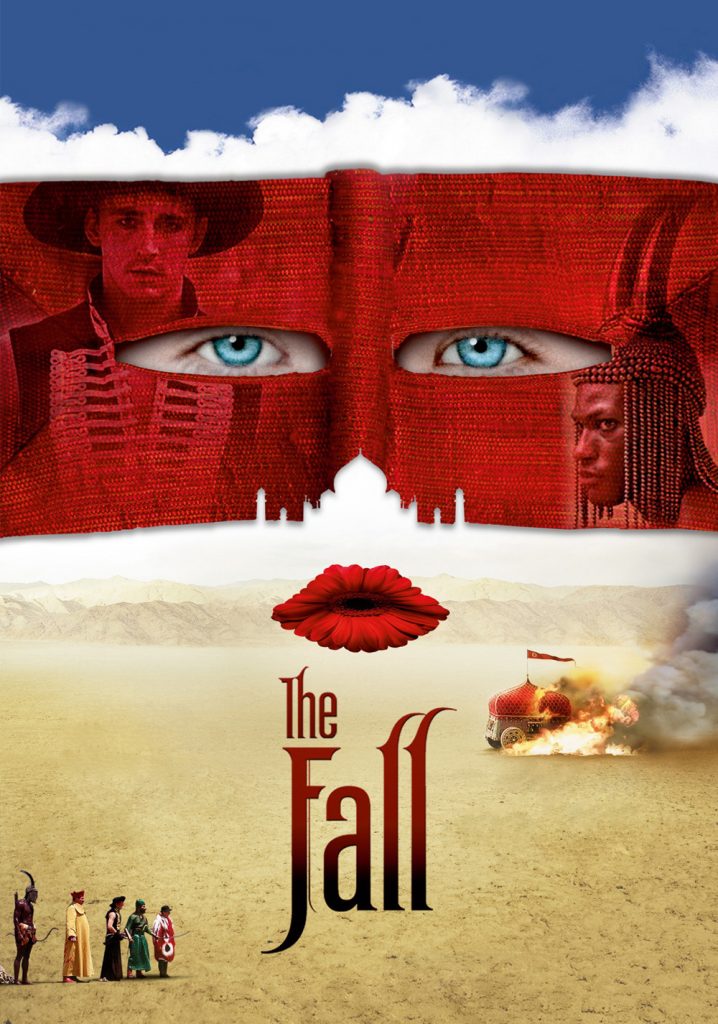 This is the most beautiful film the library has in its collection. The film was shot over 4 years in over 20 different countries. The director, Tarsem Singh, who worked as an advertiser making commercials, would only take jobs in locations he was interested in using for his film. Moreover, the film was almost entirely funded by Tarsem himself because he wanted to follow his own personal vision for the film without outside producers complicating matters, which they have continued to do for every film he’s made since.

The film takes place at a small hospital in 1915, and stars Lee Pace as a Hollywood silent film stuntman, bedridden from a bad fall that has left him paralyzed. With him stars 8-year-old Catinca Untaru, who plays a young Romanian girl who has also had a fall and broke her arm. Catinca, who plays Alexandria, and is also the most adorable thing you will ever find in a film, approaches Lee Pace’s character, Roy as he lays paralyzed in a hospital bed. Hearing her name, Roy begins to tell her the story of Alexander the Great, and the movie flashes from the hospital to a desert somewhere in ancient Asia as Alexandria imagines the story in her mind to the viewer. Roy later tells her that he will continue the story if she does him a small favor to steal him medicine. The film depicts a relationship between these two that spans the globe and spins in and out of their self reflexive personal experiences through storytelling.

Most of Catinca’s reactions to the story, as well as her lines are ad-libbed, as she was not an actor and was constantly being swept away by the story being told by Pace’s character Roy. This movie is magic. The interaction between how the story unfolds and the story that the audience receives through Alexandria’s imagination and personal experiences is just pure creativity set to film. There’s a reason that Roger Ebert said that there will never be another film like it and that you should see it for the mere fact that it exists.

Storytelling is the best part about being human, and this film proves it.